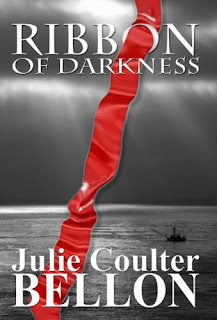 Kennedy Campbell, renowned journalist, just wanted a story. Making her home at an Afghan refugee camp, she immerses herself in the lives of the people, coming to care for them like her own family, doing whatever she can to help them. Sending her camerawoman home with the promise to follow shortly behind, she says her goodbyes, only to get caught in a Taliban attack. She flees with some of her new friends and they nearly make it to safety, but she is captured by a wanted terrorist who decides to use her fame for his own purposes, demanding ransom from the United States government.

Ethan Barak knew he was putting himself in a dangerous situation when he agreed to work with MI-6 to bring down international arms dealers, and he was prepared to face that risk. But when one of his enemies kills his father, Ethan is pushed to the limit. No longer content to quietly gather information and pass it along, he wants to bring down the ringleader, and do it now ... in any way possible, including the man's death.

When Ethan and Kennedy meet up, both entangled in a web of danger, they aren't sure if they can trust each other. They've already been misled by so many people. But soon they realize they are working on the same side and come together as allies, determined to find justice in their situation and get themselves back to safety.

My Thoughts: Ribbon of Darkness by Julie Coulter Bellon is a fast, intense read, action-packed to keep you turning pages, but without vulgar language, which I appreciated. It's short enough to read in one sitting, but long enough to provide some good entertainment. The subject matter is timely in today's world political environment, and seems as though it could appear on a headline tomorrow. As I read, I thought that this book would make a good movie as I envisioned the action going from the Malacca Strait in Indonesia to a dark and smoky bar to an elegant home in the capital city and onto a ship headed to open water. Each scene played out vividly for me as I read, and I enjoyed the tense intrigue ... and I have to say, I enjoyed the kissing, too, which was in perfect balance with the suspense, giving us just enough without taking over the story. It was a great way to spend an evening.

You can get Ribbon of Darkness for your Kindle or as a hard copy.

I received a copy of this novel from the author in exchange for my opinion, was not compensated in any other way, and was not threatened by the Taliban to give a good review.
Posted by Tristi Pinkston at 11:03 PM

Getting Your Read On said...

This one sounds good! I'll be looking forward to reading it. :)

I read Ribbon of Darkness, and I couldn't agree more with your review. It was great! You catch all the dark, intense feelings Julie writes about. I recommend this book to anyone who wants a wonderful adventure.

OOOH! This sounds GOOD! Really good. I like a good, action packed book that doesn't have to throw in a lot of dirty language.

Also - I received QUEEN IN EXILE today! I am so excited to start reading it! Thanks again!

Thanks so much, Tristi! I appreciate your thoughts and candid review. :)